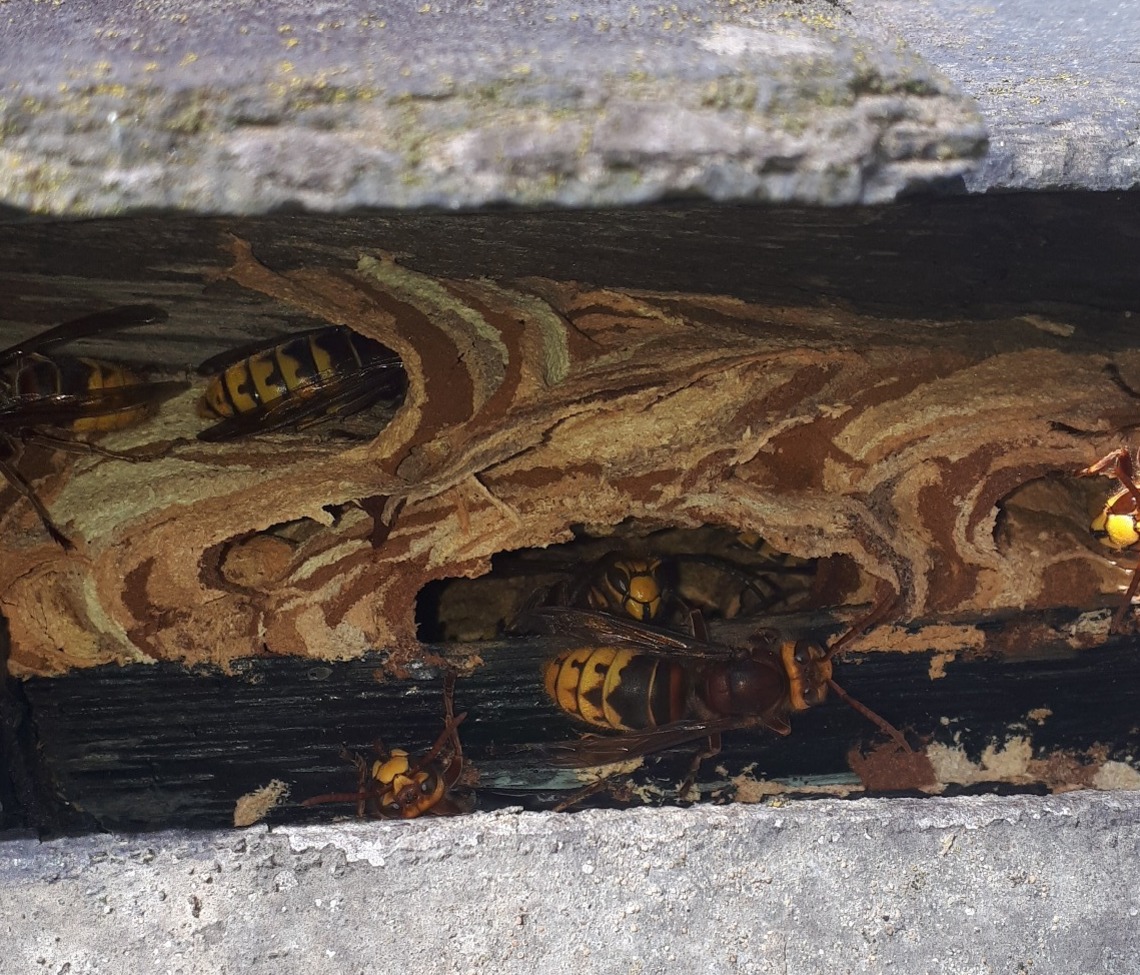 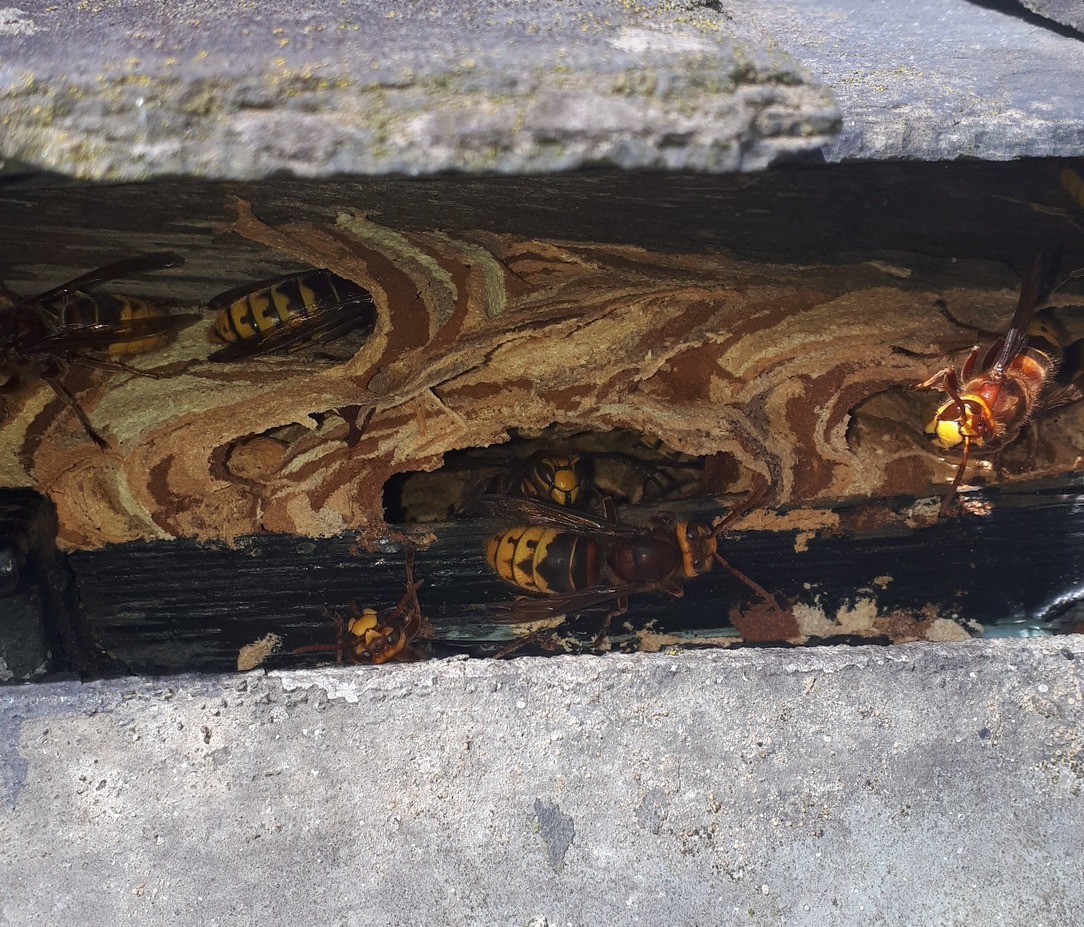 Posted on 13th September 2019 at 08:05
Throughout the summer we are very busy dealing with wasps right across Reading and the surrounding areas; no-one really like these insects due to their aggressive nature.
Its thought that wasps pollinate around as many flowers as bee's so maybe we will see them in a different light one day? One insect that people really don't like is the hornet and their reputation is undeserved.

We were called out to carryout a hornet treatment in Caversham, the nest was at the back of the house and the hornets were coming into the bedroom at night so they had to go.
These 'wasp like' insects are huge, hornets are easily bigger than one of your last finger sections and they have an undeserved scary reputation.
Yes they'll give you an incredibly painful sting but they're very docile and will actually want to fly away from you when treating the nest. The dangerous area is right on their flight path so never get between a hornet and a clear path to the nest.
Hornets carry a similar venom to wasps with two differences, the first is that they have around three times as much in their venom sac and the second is that it contains an additional chemical which reacts with our pain receptors.
This makes a sting from a hornet incredibly painful and definitely one to avoid; we always wear full PPE when treating hornets - just in case.
The sun was shining onto the nest and you can see the red hue of the European hornet; their colouring is a deep mahogany red with thick yellow bands across the lower abdomen.
The news is full of warning regarding the invasive Asian hornet which will be a major threat to our domestic honey bee's, these hornets are a lot smaller.
Still larger than a wasp the Asian hornet is much darker almost black with narrow yellow bands at the base of its abdomen. 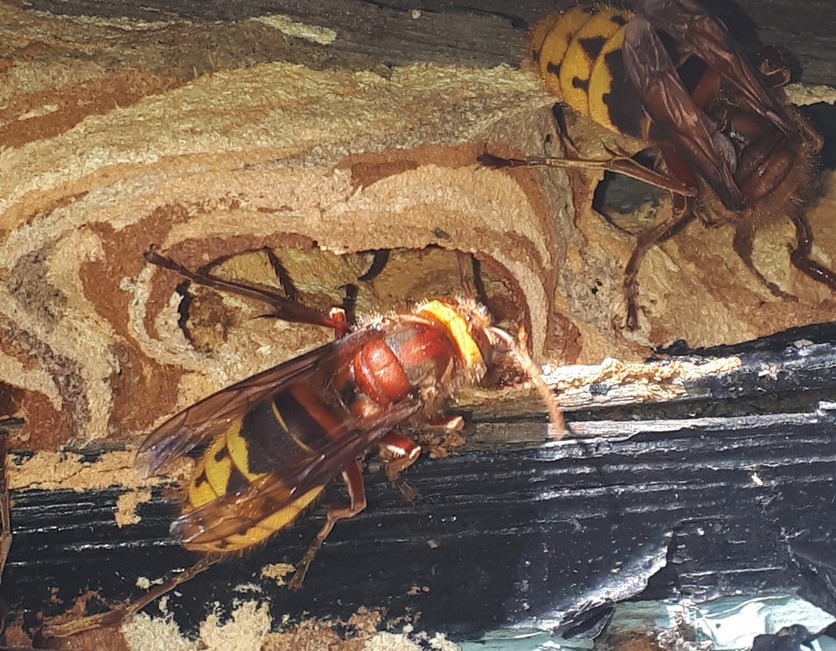 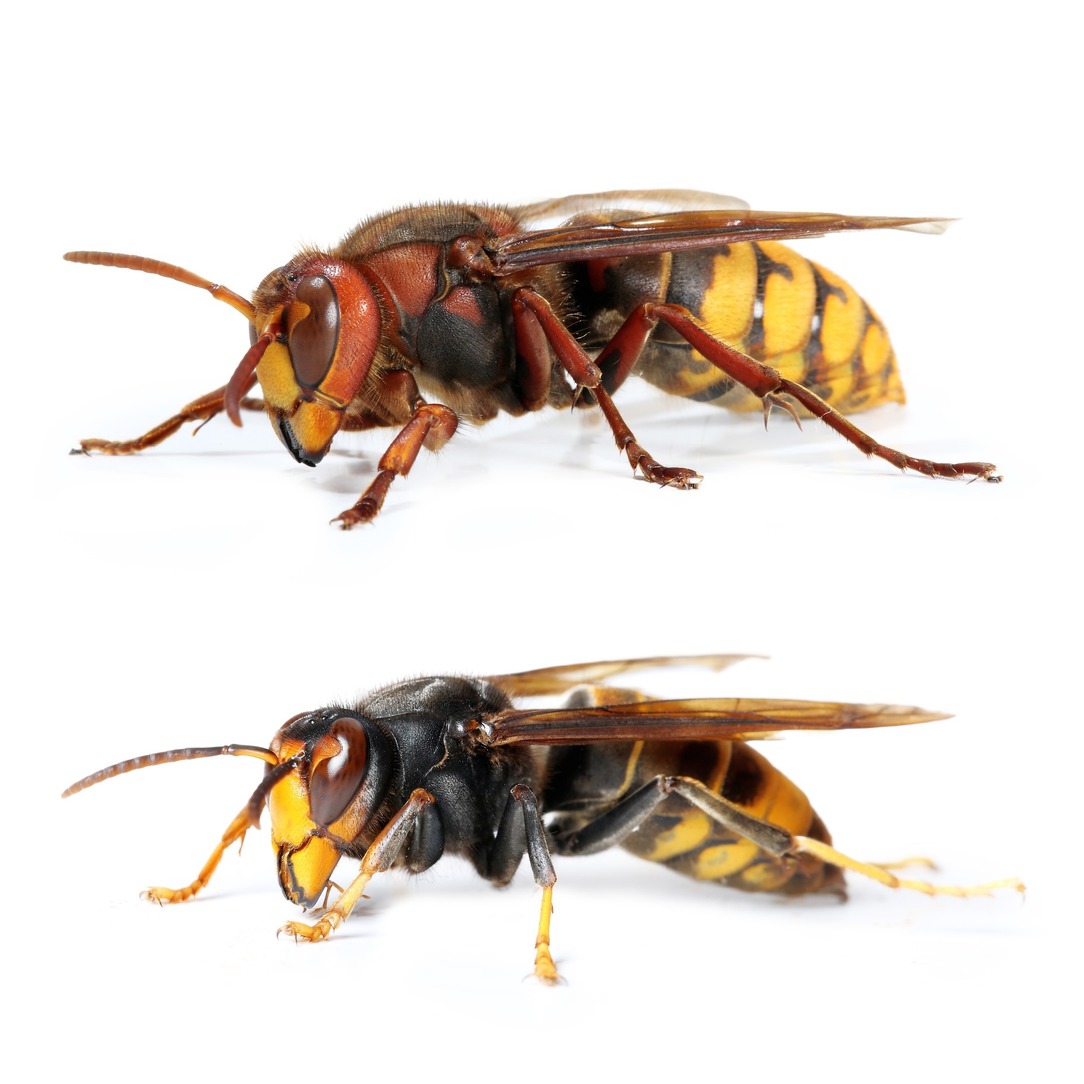 Comparison between the two species of hornet, the European hornet is on the top and the invasive Asian hornet below: you can see the differences in size and colouration.
Hornets can be a problem as they hunt at night and they will fly in through open windows when the lights are on, scaring the hell out of people in the room. If you have a hornet problem we can treat the nest for you and leave you pest free, no scary endings when you call out Reading Pest Control.
Tagged as: Bee's and wasps
Share this post: